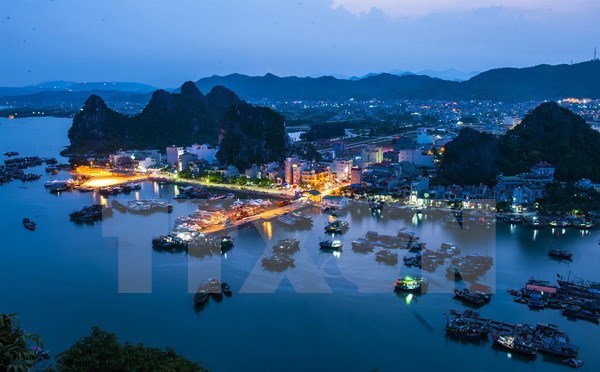 The activities will take place throughout the year under the theme of “Ha Long-Heritage, Wonder, Friendly Destination”.

Highlights of the National Tourism Year 2018 will include the opening ceremony and Carnaval Ha Long 2018 in Ha Long city, which is scheduled for April 28.

Meanwhile, the closing programme will be held in January 2019 in combination with the opening of the ASEAN Tourism Forum 2019 and the Ha Long – FLC 2019 open golf tournament.

According to Thuy, the province’s master plan on tourism development by 2020 with a vision to 2030 sets the target of turning Quang Ninh into an international tourism centre and the nation’s leading tourism centre which has a synchronous and modern infrastructure system and diversified tourism products.

Thuy said that by 2020, Quang Ninh, which is home to the World Heritage site of Ha Long Bay, aims to welcome 15-16 million tourists, including seven million foreigners, and rake in 30-40 trillion VND (1.3-1.7 billion USD) in revenue. The tourism sector is expected to contribute 14-15 percent to the gross regional domestic product (GRDP), and generate jobs for about 130,000 people.

Deputy Director of the local Department of Transport Bui Hong Minh stated that the locality has mobilised resources on building transport infrastructure in a synchronous and sustainable manner, including the Ha Long – Hai Phong highway which is expected to cut the travel time from Ha Long to Hanoi from over 3 hours to 1.5 hours by car, the Van Don International Airport, and the Ha Long-Van Don highway.

It is also stepping up preparations to invest in the Ha Long-Mong Cai highway to connect with China’s Guangxi province and ASEAN countries, and speeding up the construction of the Ha Long International Seaport to facilitate operations of five-star cruises.

The head of the local Tourism Department stressed that Quang Ninh is focusing on developing four main tourist zones, namely Ha Long with the centre being Ha Long Bay, Mong Cai-Tra Co with border tourism, Van Don-Co To with island and resort tourism, and Uong Bi-Dong Trieu-Quang Yen with the Yen Tu cultural and spiritual tourism site as the main attraction.

Thanks to its clear investment policies, Quang Ninh has attracted a lot of strategic investors in luxury service tourism projects, thus helping change the face of the province and its tourism sector. 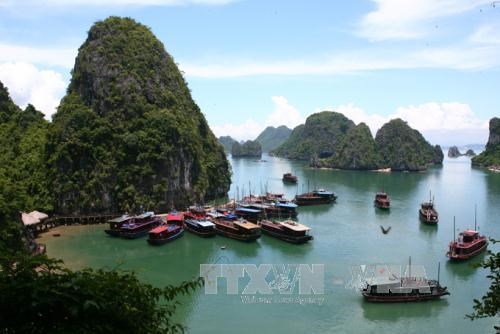 It will strengthen management on tourism business environment, strengthened, particularly the operation of local travel agencies; while expanding tourist space and developing agricultural and community-based tourism products in a number of localities, including Binh Lieu, Uong Bi, Dong Trieu districts.

Besides, numerous infrastructural projects will be put into operation in 2018, such as Van Don international airport, Ha Long – Hai Phong and Ha Long – Van Don expressways, while the construction of large-scale ecotourism complexes will be launched in the province in the year, hoping to lure more tourists to Quang Ninh.

During the New Year holidays from December 30, 2017 to January 1, 2018, the World Heritage Site of Ha Long Bay welcomed nearly 34,000 visitors, up 12 percent from the same period last year, including 28,310 foreigners, accounting for 83 percent of the total tourist arrivals.

In the first day of 2018, the special national relic sites of Yen Tu and Tran Dynasty served 1,500 and 800 visitors, respectively.

In 2017, the province accommodated 9.87 million arrivals, including 4.28 million foreigners, up 18 percent and 23 percent year on year, respectively.